A couple of stories from
our awesome missionaries!

So a miracle this week! We had a dinner appointment on Thursday, which was suppose to be at 6pm but it got bumped to 6:15 so we had some extra time. We prayed and both had the impression to look up a lady name Shannon from our area book.  So off we went!  We drove to her area, found the house and knocked on the door.  When the woman answered we told her who we are and asked if Shannon lived there? She said "nope,  I'm Sharron, there is no Shannon. come on in, I know exactly who you are." So we went in and she told us she had met missionaries in the past, and they had helped her move. After that she lost contact with them. She had been praying for missionaries to come by again but felt like they are never coming back so forgot about it for a while. Last year on Thanksgiving, she had the impression "I need to pray for the sisters so that they can find me and  here you are tonight, you have truly answered my prayer!"

This is the Rodriguez family.  The parents and 2 of their 6 children were recently baptized.  They were found by the sister missionaries almost 2 years ago. (see story below) They have been taught by several missionaries.  President Smith had the privilege of baptizing Eduardo & Shameka.  He and Eduardo have become great friends.  Eduardo passed the sacrament for the first time last Sunday.  It was so touching to witness and to see how proud his kids were of him.  They were all smiling ear to ear.   They have grown so much and are working towards becoming an eternal family.

"By small and simple things are great things brought to pass" 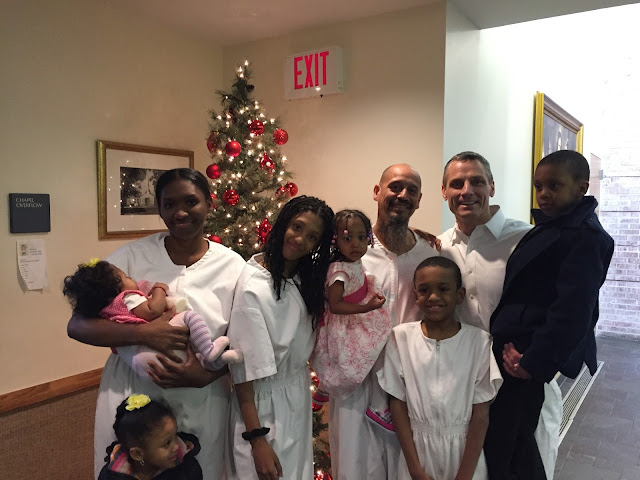 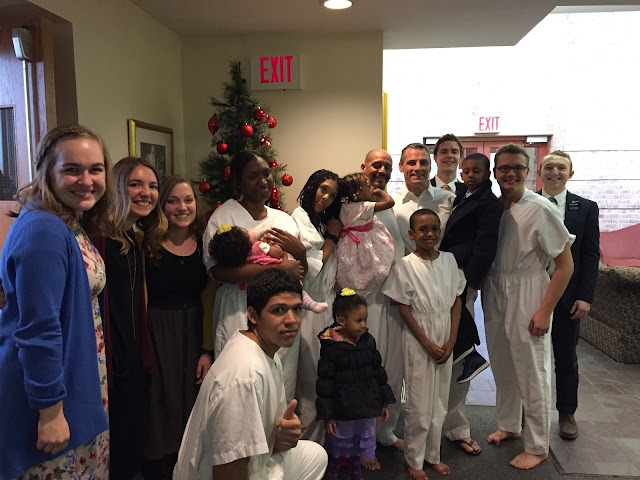 Story of tracting into the Rodriguez family.

"I was training a new missionary. We had had a terrible day full of cancellations and cold and we were starving. With 30 minutes of time to fill before our next appointment we planned to tract the building of one of our investigators. One door we knocked was answered by a mom with her brand new baby.  Everyone was so frazzled and the mom asked us if we would come back the next day at the same time. We put it in our schedule but the next day I wanted to go visit someone else during that time because I felt like she didn't actually want us to be there and she was just going to send us away again. My companion told me to have faith and of course I couldn't deny the faith of my trainee. Thank heavens I listened to her."